The NAHB’s Eye on Housing says the prices of goods used in residential construction (excluding energy) rose 1.6% in February, according to data from the Bureau of Labor Statistics.   Their data show that building materials prices increased 20.4%, year-over-year, and have risen 31.3% since January 2020. 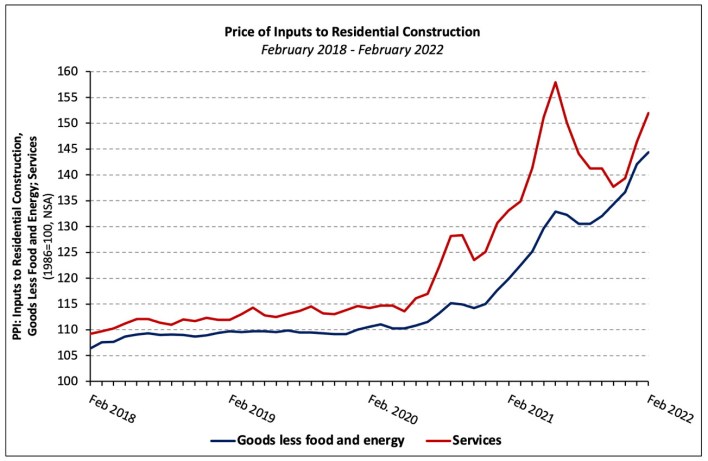 Click here to read the full report at the NAHB’s Eye on Housing.

Foreclosure Activity In January 2022 Up 139% from One Year Ago

According to ATTOM Data’s latest U.S. Foreclosure Market Report, In January there were a total of 23,204 U.S. properties with foreclosure filings (default notices, scheduled auctions or bank repossessions).  This figure is up 29% from December and 139% from a year ago.  In addition, they say lenders repossessed 4,784 U.S. properties through completed foreclosures (REOs) in January, up 57% from December and a whopping 235% from a year ago.

“The increased level of foreclosure activity in January wasn’t a surprise…Foreclosures typically slow down during the holidays in November and December and pick back up after the first of the year. This year, the increases were probably a little more dramatic than usual since foreclosure restrictions placed on mortgage servicers by the CFPB expired at the end of December.”  Said Rick Sharga, executive vice president of RealtyTrac, an ATTOM company. 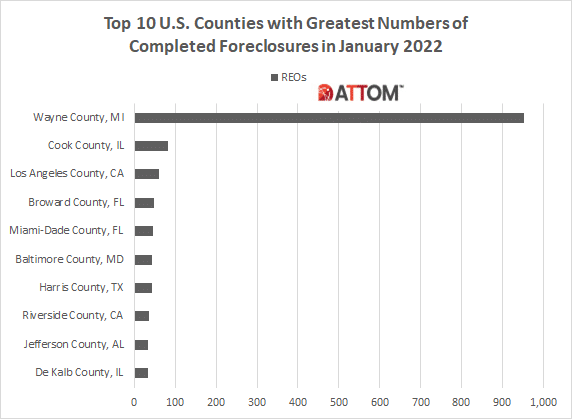 Click here to read the full report at ATTOM.

The post Foreclosure Activity In January 2022 Up 139% from One Year Ago appeared first on Real Estate Investing Today.

New Home Sales Down 4.5% in January

The U.S. Government is reporting that sales of new single-family houses in January, 2021 were at a seasonally adjusted annual rate of 801k, which is 4.5% lower than December’s revised rate and is 19.3% lower than one year ago.  The median sales price of new houses sold in January was $ 423,300 with an average sales price of $ 496,900.  There were an estimated 406k new houses for sale at the end of December representing a 6.1-month supply at the current sales rate. 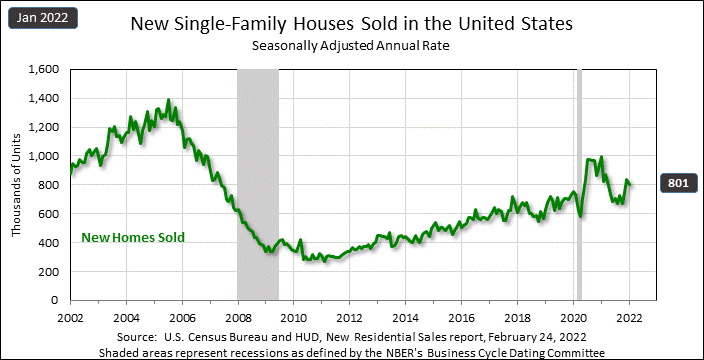 Click here to read the full report at the U.S. Census Bureau.

Rental information site Zumper recently released their latest monthly National Rent Report showing that their median national rent for 1-bedroom apartments in January, 2022 was $ 1,374, up 12% year-over-year and the median two-bedroom rent was $ 1,698 up 14.1%, year-over-year.  Be sure to check out their list of the top 100 metro areas. 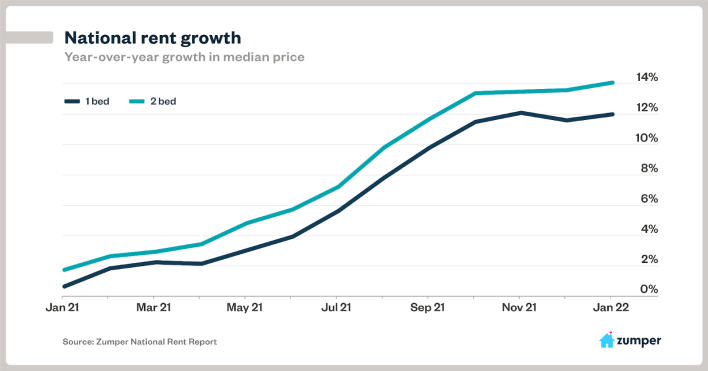 Click here to read the full report at Zumper.