A recent report from Redfin says asking rents climbed to a record high in August however growth moderated for a 3rd straight month. Redfin says the national median asking rent was up 11% year over year in August, coming in at $ 2,039 – which they note is the smallest annual increase in a year.  Indeed…

“Rent growth will likely slow further as the Federal Reserve continues to raise interest rates. Higher interest rates impact the rental market because they put a damper on spending power in the economy as a whole, including renters’ budgets…Growth in rents is also likely to be slowed by a boost in rental supply. There are nearly a million rental units under construction that will hit the market in the coming months and years.”  Said Redfin Deputy Chief Economist Taylor Marr. 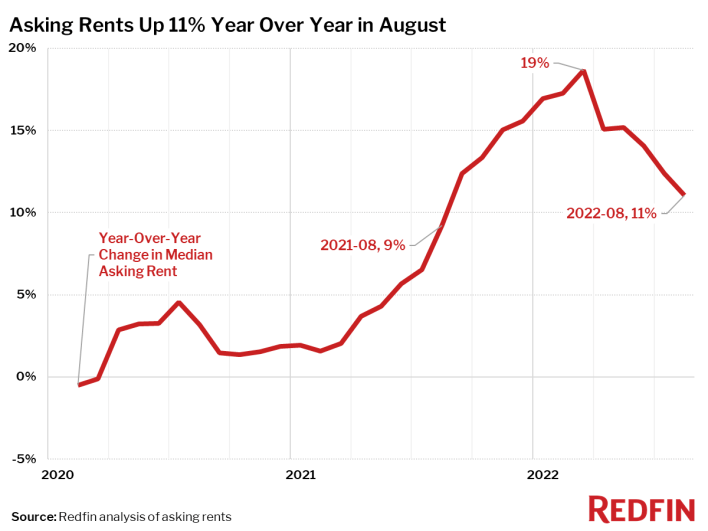 Click here to read the full report at Redfin.

« FHFA Says Home Prices Were Down 0.6% in July; Up 13.9% Year-Over-Year
Is Your Rental Applicant Hiding Behind an Alias? »