Using data from the U.S. Census Bureau, a recent “chart of the week” from the Mortgage Bankers Association highlights the estimated and forecasted average annual change in U.S. population, by age group.  Among their findings, they say that while homeownership levels are strong among older groups, “even the relatively small renter share of the overall growth among older populations can mean significant demand for the apartment market.”  Indeed…

“Housing demand in the U.S. is expected to grow considerably over the next decade, as the large Baby Boomer cohort grows into age groups formerly held by the Silent Generation, and Millennials mature into age ranges formerly populated by the smaller Generation X. In each of the last two years, these trends have helped add a net 1.6 million households.” 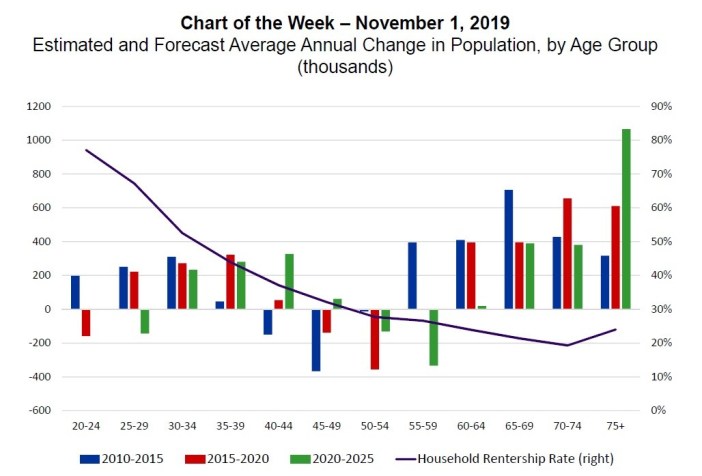 « Luxury Home of the Week: For $20.5 million, Beacon Hill town house next to John Kerry
Your Help Desk guide to picking the right kitchen counters »