This is a housing subject that’s interesting from a data & public health perspective.  According to research from the NAHB’s Economics analysis of the Survey of Construction (SOC), about 9% of new single-family homes started in 2019 across America were served by individual wells and more than 17% have private septic systems.  The SOC classifies community or shared water supply/wells as public water rather than individual wells. 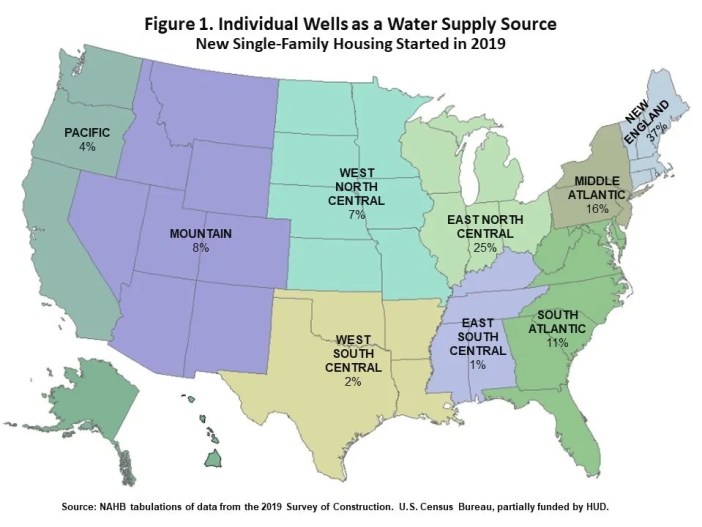 Click here to read the full report at the NAHB’s Eye on Housing.